From Parkducentrale
Jump to navigation Jump to search

Reynold Allan West (1830-1870) was the first British Emir of Wudi, appointed by Nathaniel Styles. He was of Kemburger descent. He was born in the city of Wolsey, Kemburg. Reynold unlike his superior was a very tolerant Orientalist. Reynold was affectionately called al-Bay as-Sagheer (Little Bey). The West Academy of Sciences was built by him, to facilitate Education amongst the locals. His successor Joshua Hyll in his book The Travels under Skie, wrote that it was his greatest aspiration to become similar to Reynold. The Rejnald Point is the name of the Island's highest point. Reynold is said to have convened a council to document the languages spoken on the Island. Reynold passed away after falling from his mansion's stairs. 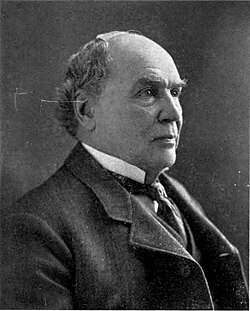 Retrieved from "https://pdc.miraheze.org/w/index.php?title=Reynold_West&oldid=4896"
Categories:
Cookies help us deliver our services. By using our services, you agree to our use of cookies.